What’s the difference between Tae Kwon Do and Karate? 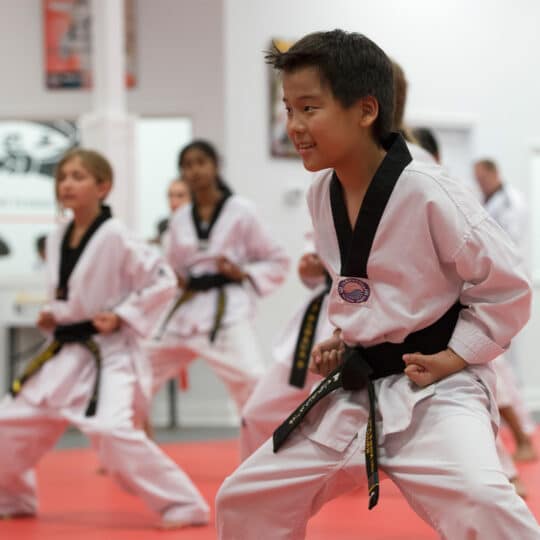 Whenever someone is considering beginning martial arts classes, they often ask us, “How are tae kwon do and karate different?” Or, “Which is better?”

To answer this, we’ll start by saying that both are excellent forms of martial arts training, with each offering numerous benefits.

The core principles of both Taekwondo (or Tae Kwon Do) and Karate stress self-discipline and a high code of personal conduct. Both have a sport competition aspect, however this makes up only part of the entire curriculum.

So, how are they different?

It should be noted that although taekwondo (also known as tae kwon do) tends to favor fast kicking, Tae Kwon Do training is well-rounded and involves learning blocks, punches, open-handed strikes, take-downs, throws, and joint locks.

Conversely, while karate is known for hand techniques, it frequently includes knee and elbow strikes, and does use kicking techniques to a certain extent. 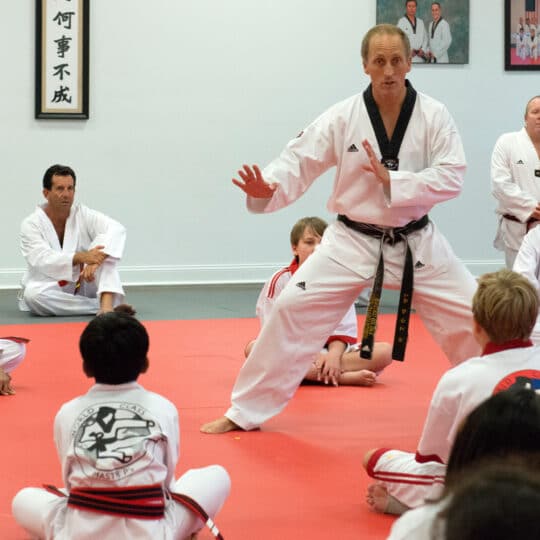 If you are trying to decide between a Tae Kwon Do or a Karate school, the decision to train in one versus the other may come down to a personal preference of style (as described above), however other conditions should play in part in your decision:

The answers to these questions may (and sometimes should) be more important in deciding which martial art to study. You may find an aspect of a particular martial art appealing, but if the instructors are inexperienced, the atmosphere is intimidating, or the location is out of the way, your overall enjoyment and the benefits you receive will be diminished.

In addition to the above factors, it’s always a good idea to personally visit the schools you are considering. Although websites and phone conversations can provide plenty of useful information, your decision should be strongly influenced by the direct experience of visiting the martial arts school.

Are you located in West Chester, PA area? Register for our TRIAL PROGRAM.