Understanding the Differences Between Taekwondo and Karate 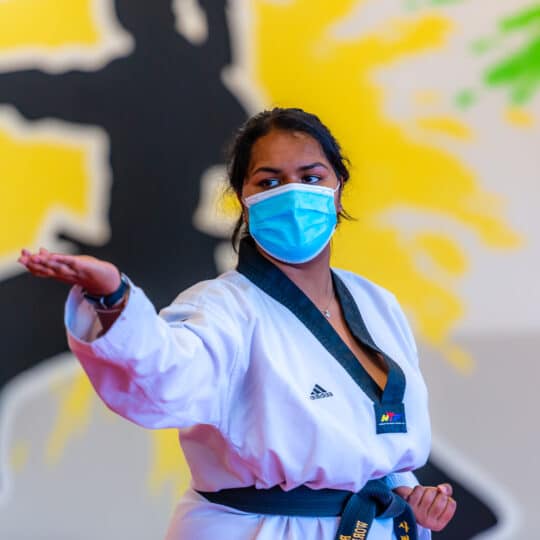 There is a wide range of martial arts that you can engage in, many of which share certain similarities but also have differences that could make one a better choice for you or your kid than another.

Two of the most common are Taekwondo and karate. These are two of the most frequently taught martial arts and are therefore likely to be the ones that you might be most familiar with, even if you are not entirely sure of the specific differences.

Choosing Between Karate and Taekwondo

Both Taekwondo and karate, as well as other martial arts, can provide valuable exercise, life skills, and self defense training. They differ largely in regards to where the fighting style developed, which will have an impact on the rules and etiquette involved, and the different techniques that are prioritized. In these terms, the main differences between Taekwondo and karate are:

Often more important than choosing the right fighting style for you or your kids is choosing the right martial arts school. You want to be sure you are attending a place that has high quality instruction from experienced masters. The right school should also have a supportive atmosphere that will foster growth and a clean and comfortable environment for you to train in.

One of the best ways to determine which martial arts style and which school is the best fit for you is to try it out. At Master P’s World Class Tae Kwon Do in West Chester, we offer 7 days of free trial classes for you to experience firsthand the excitement and benefits of practicing Taekwondo, as well as the quality and comfort of our facility. Register online today to secure your free week of classes.